The Franchising Code of Conduct is proposed to be amended by the Competition and Consumer (Industry Codes— Franchising) Amendment (Fairness in Franchising) Regulations 2020 (the “Proposed Regulation”). It has been issued as an ‘exposure draft’, in respect of which public submissions can be made until December 4 2020.

The key areas of reform include:

The Proposed Regulation does not allow the franchisor to require the franchisee to pay all or part of the franchisor’s legal costs in relation to the preparation, negotiation or executing of a franchise agreement.[5]

Previously, section 23 of Schedule 1 of the Competition and Consumer (Industry Codes – Franchising) Regulation 2014(the “Regulation”) sets out when a restraint of trade clause has effect in relation to a franchise agreement when the agreement is not extended. Under the Proposed Regulation, a restraint of trade clause will not apply unless the franchisee has committed a ‘serious’ breach, which is immediately before the expiry of the agreement.[6]

This notice serves as the first step towards the ADR process mentioned below.

The Proposed Regulation also allows for both franchisees and franchisors to negotiate early termination of the franchise agreement.

The dispute resolution provisions under the Proposed Regulation aim to reduce the cost of dispute resolution by introducing conciliation and voluntary binding arbitration. Whilst mediation is still the first step, this reform attempts to minimise the need to go to Court due to the high costs for smaller franchisors and franchisees.

Finally, the Australian Small Business and Family Enterprise Ombudsman now control the franchising dispute resolution functions including, but not limited to keeping lists of persons who can assist the ADR process and appointing those persons to ADR disputes and resolve disputes.[11]

These reforms are projected to commence on 1 July 2021, except for the dispute resolution reforms, which are to commence once the Proposed Regulation has been registered.

If we can be of assistance to anyone wishing to make submissions in respect of the exposure draft, please feel free to contact Gregory Ross or your usual Eakin McCaffery Cox contact. 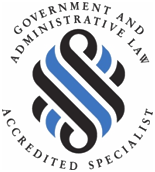 The above was prepared for and is intended to provide a broad general overview of issues only. It is not intended, and or must not be relied upon, as definitive legal advice.

[1]This is to meet the requirements of s 9A of the Competition and Consumer (Industry Codes—Franchising) Regulation 2014.